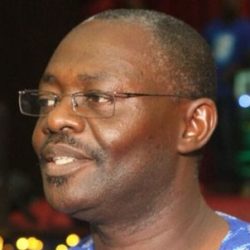 He entered Mfantsipim School in 1976 where he obtained his Ordinary and Advanced level certificates.

He graduated from the University of Ghana in 1985 and undertook his national service at Wesley Girls High School in Cape Coast and continued teaching until he joined the Civil Service in 1989.

His first posting was to the Office of the Provisional National Defence Council (PNDC) at the Castle where he worked at the Secretariat of the Secretary to the Committee of Secretaries and the Head of Civil Service under Mr. E.A. Sai.  He also worked at the Human Resource Management and, Finance and Administration Directorates until he was posted to the Ministry of Trade and Industry in 2001. He was promoted to the grade of a Director in 2005 when he was at the Ministry of Trade and Industry.

He is married to Anna Armo-Himbson with two daughters and a son.