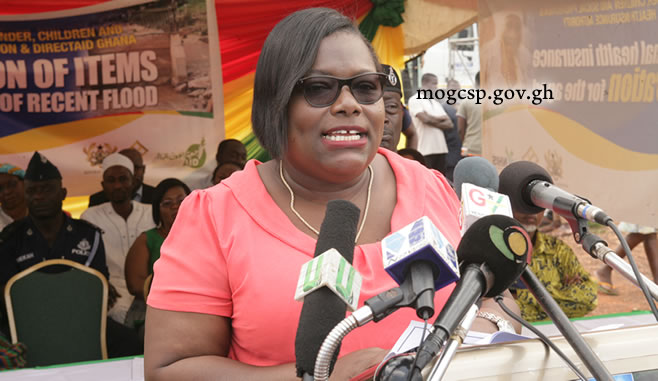 The Gender Ministry is developing an action plan to guide the campaign against human trafficking.
This follows the rescue of some 21 Ghanaian minors who had been trafficked to Pretoria, South Africa to play football.

The rescue was triggered by a request from the Gender Ministry to the Ghana High Commission in Pretoria and the National Security Co-ordinator to assist in handling a suspected trafficking scheme involving the 21 minors.

The Department of Social Development then collaborated with the South Africa Embassy and the Human Trafficking Secretariat to rescue the children last December.

Acting Executive Secretary of the Human Trafficking and Domestic Violence Secretariat, Madam Victoria Natsu, revealed that the trafficked children were between the ages of 9 and 16 and came from different villages in Sefwi in the Western Region.
They were deceived into thinking they were going to be trained in South Africa and then sent to Sweden and America to play football.

In South Africa, the children were made to play a few trial matches. The trafficker who then returned to Ghana under the pretext of recruiting more children was never to be seen again.

Madam Natsu explained the South African Department of Social Development rescued the children and sent them to a shelter in Pretoria after their visas had expired.

She indicated the District Social Development Officers would take over the reintegration of the children to ensure they were enrolled back into school.